This remake from director Antoine Fuqua, and starring Denzel Washington and Chris Pratt, sticks fairly close to the plot of the original from 1960. This is a steady and solid remake of the classic Western with a winning cast of characters. Jennifer Lawrence is on board as a young widow who is determined to rid her town of the villainous gang of outlaws running roughshod over the citizens. The old formula still holds: the town under siege, heroes riding in to save the day, upholding the values of the West while instilling revenge and righteous fury to right the wrongs they see. The audience seeks closure in the denouement, which is the ritual gunfight, or as it stands now, the gun battle. Finally the balance of the Universe is restored when right triumphs over overwhelming might.

Denzel Washington is one good reason to watch this film. Ethan Hawke is equally up to the challenge playing a broken but not bowed anti-hero role. There’s not much more to add as there is new ground broken here in movie history, but the storytelling elements of the film hold it together. Unlike the unfortunate Ben Hur remake, there is a cohesive plot to follow…thus making this film imminently more watchable. And for moviegoers hankering for the return of a good old-fashioned Western, this film delivers.

Chris Pratt may be slightly miscast with some of his comic asides delivering touches of awkward comic relief. When the character is a natural fit for a Western, as was the case for an actor like Steve McQueen, who starred in the original, it’s always hard to compare the performances. But as a whole this film, set firmly in the category long neglected in Hollywood of a pure Western movie, fits the bill nicely.

Denzel Washington has chosen a character driven narrative in this story. The character of Robert McCall is from a TV series, but in this film, he’s seen living in his own meticulously crafted world. And though the action is edge of your seat, nerve-rackingly violent in parts, it’s tempered with the knowledge that Robert McCall (Washington) is trying not to be seen as a crazed killer. McCall is a caring friend, a dedicated and hard-working employee, a good listener, and a man of honor and integrity. …Who just happens to be good at killing people. That’s the take-a-way.

As for the acting, I thought Denzel Washington was excellent in this role. It seemed to suit him very well. (Stop reading if you are worried about spoilers!)And there were hints that perhaps they may continue the character of The Equalizer in a series of remakes. Shocking as that seems, it looks to be a suitable candidate as it contains a storyline that begs for a sequel.

The funniest part of this movie, (which has no comic relief, by the way), is the fact that the villains are Russian. In fact, the last two films I’ve seen featured ruthless Russian killers. Apparently, Russians are the new Nazis. They are the latest thing in good/bad villains. This film may be too violent for some, but the action is intense and the storyline is gripping enough to warrant a viewing. For those who love action/adventure films, and Denzel Washington movies in general, this would be a must-see.

After an extremely disappointing summer of box office, Hollywood rolls out some of the big movies of the year. These are a few on the list that look most promising. They include big names like Brad Pitt, Bill Murray, Denzel Washington and Matthew McConaughey, plus some of the most interesting new actors working today-Tom Hardy and Benedict Cumberbatch. The women in film this season include Nicole Kidman, back in a thriller, and Melissa McCarthy, reportedly getting great reviews in St. Vincent. McCarthy is one actress that has been over-exposed yet under-utilized in most of her former comic vehicles. This one may turn the tide for her…
Robert Downey is in a dramatic role opposite Robert Duvall. It’s a nice change from wearing a costume and letting the special-effects do the heavy lifting. Liam Neeson should be called out for repeating the same formulaic bit of type-casting, but this film-A Walk among the Tombstones– has a feel of a noir about it. He’s back in the re-make mold soon enough when Taken 3 comes out next year.
Nicholas Cage, a renowned Oscar-winning actor, is doing a re-make of Left Behind. It’s an interesting enough idea to sit up and take notice. Or at least to ask, “Why?” And Michael Keaton, another costume-burdened actor, stars in a complete turn-around from the action hero mold with the dark comedy, Birdman.
Many more Oscar-winning actors are returning to the screen this Fall. Back in the saddle is Tommy Lee Jones, directing and starring in a Western, The Homesman, with another Academy-Award winner, Hilary Swank. Another re-match is Dumb and Dumber 2. This could be really funny or really bad. The reviews are still out, but I thought the first one was fun.
All together, the season looks infinitely promising… comparatively speaking. That is, after a terrible summer with no real stand-outs, the fall films include a mix of interesting biographic pieces, with a few comedies and less science-fiction (which is a good thing). The buzz around town should be: “We’ll see…let the public be the judge!”

Release Date: 9/12: The Drop; Tom Hardy stars as a Brooklyn bartender caught between mobsters and the cops. James Gandolfini co-stars in his final film. This looks promising. 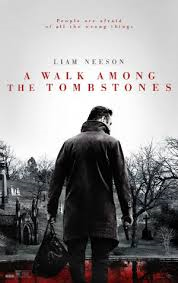 Release Date: 9/12: Liam Neeson in A Walk among the Tombstones-Liam Neeson stars in another thriller about kidnapping. This time, he plays a private detective in recovery who’s hired by a drug dealer to find those responsible for murdering his wife. Said to be more noir-like than Taken, the film is adapted from Lawrence Block’s 1992 novel. Could be good…

Release Date: 9/26: The Equalizer-Denzel Washington: Director Antoine Fuqua teams with Denzel again, (after 2001’s Training Day). Not a true spin-off of the popular TV series of the 80’s, this intensely violent story has McCall (Washington), seeking justice by rescuing a young girl from Russian mobsters. Denzel Washington is intensely physical and notoriously self-disciplined-he could make this work.

Release Date: 10/3: Left Behind: For some reason, Oscar-winning actor Nicholas Cage has decided to star in another version of this take on the Rapture. Cage plays the pilot of a jumbo jet who is one of those “left behind”.

Release Date: 10/10: The Judge: This father-son legal drama stars Robert Downey Jr and Robert Duvall, two Hollywood heavyweights. The plot has Downey as a big-time criminal defense attorney who returns to his home town for his mother’s funeral. He is estranged from his father (Duvall),but they come together after the old man is accused of a crime. 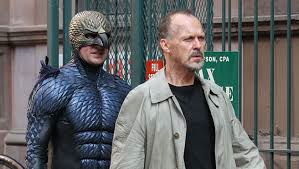 Release Date: 10/17-Birdman: A different kind of dark comedy. Michael Keaton plays an actor trying to make his comeback, only to suffer a nervous breakdown in the process. Edward Norton also stars.

Release Date: 10/17: Dracula Untold: Around Halloween in Hollywood, the goblins start to come out. In this version of Dracula, we meet the man behind the fangs. Turns out that before he was Dracula, Vlad was a Family Guy.

Release Date: 10/24: St Vincent-Bill Murray plays the title role in this indie comedy. Murray is the curmudgeonly neighbor of a single woman, played by Melissa McCarthy, with a 12 year old son. St. Vincent becomes the unlikely baby-sitter for the young boy, and merriment ensues. 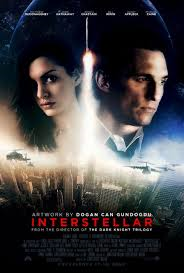 Release Date: 11/7: Interstellar–Matthew McConaughey stars in this sci-fi piece about a future Earth that cannot produce enough food to feed the masses. The solution? An interstellar space journey to find an answer, if not a new home for Earth’s inhabitants. 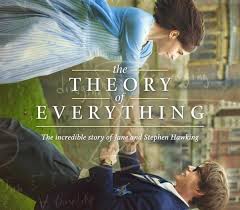 Release Date: 11/7: The Theory of Everything: A bio-pic about the amazingly gifted theoretical physicist Stephen Hawking and his struggle with ALS, also known as Lou Gehrig’s disease. 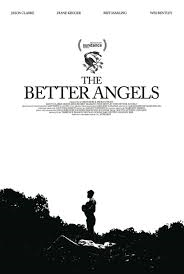 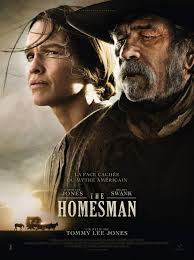 Release Date: 11/7: The Homesman: Tommy Lee Jones directed this Western where he stars as a claim jumper who helps a pioneer woman (Hilary Swank) transport three women across the prairie.

Release Date: 11/14: Dumb and Dumber 2: Some would find it completely moronic, I happened to think the first one was hilariously funny. Let’s hope this one captures the humor, and leaves the moronic behind.

Release Date: 11/14: Fury: Brad Pitt stars in another World War II film about the power of the Sherman tank, the Fury.

Release Date: 11/21: The Imitation Game-Benedict Cumberbatch stars as Alan Turing, a brilliant mathematician who helped to break the Nazi’s Enigma code during World War II. The true story also focuses on the real life trials of a homosexual facing prosecution in the 1950’s.

”There’s nothing new under the sun. Critics frequently complain about the lack of originality in film. Another high-profile superstar that constantly used reworked material . ..William Shakespeare