Celebrating the birthday of one of Hollywood’s best actors working today…. 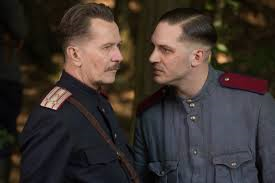 Friday Five: Notes from the Global Village: Recommended at the movies this week are:

Star Wars is here! Star Wars:The Force Awakens has landed to mostly positive reviews and mass media in hyper-drive with the onslaught of the movie campaign. The best place to see reviews for Star Wars: The Force Awakens is in the 6 Degrees online magazine. Read the reviews from: 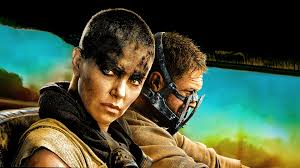 *Fem Flicks: 2015 was a good year for Strong Women’s film roles. Mad Max: Fury Road and Suffragette were both excellent fem flicks for women of all ages to find strong role models. See link: “Is Hollywood finally a woman’s world too?- LA Times

**
Coming Soon: Here are some of the most anticipated films coming soon: 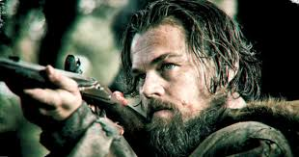 The National Film Registry has also come out with their picks for films to be preserved and entered into the registry. Here’s a partial list of films selected for the registry this year : 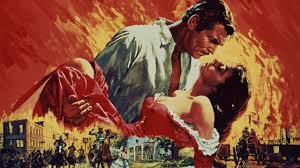 Box Office Winners: Star Wars has big numbers, but the # 1 highest grossing film is… Gone with the Wind released in 1939. The other movies on the list are:

*They’re back! Not only Awards season but “Best of” lists for 2015. If you missed these films at the movies, and would like to rent or stream a good film, here are those films found on most critics and audiences top 10 lists. They include Ex Machina, The Assassin, 45 Years, Clouds of Sils Maria, I’ll See You in My Dreams, Creed, Son of Saul, Carol, Mad Max: Fury Road, The Martian, Sicario, & Brooklyn.

The idea of awards season and best of lists always tends to be suspect. Some years are better than others. The last two summers have seen long, dry spells where hardly any decent films were released. The best films seem to cluster in releases around the end of the year for some reason!

This year there were a few notable exceptions. The Martian and Bridge of Spies, Ex Machina and Mad Max: Fury Road all came out long before the mad holiday rush. It seems that almost all the oxygen has been sucked out of the room for film and film criticism with the anticipated release of Star Wars. (The Donald Trump of films!)

It’s a relief to have it out at last, so we can move on to more important things like…the top 10 lists and the Awards Season that extends for months on end. Then again, maybe Star Wars fever is not such a bad thing after all! See you at the movies-ML

Mad Max…again? No soup for you! That means no back story or character development is allowed. It’s just too bad if you don’t already know the story behind Max’s descent into madness as there’s just no time to waste for such silly details. There’s no time to stop and take a breather at all. This frenetically paced action yarn spins a fantastic tale with non-stop car chase sequence and some beautiful cinematography thrown in along the way.

The post- apocalyptic landscape is re-imagined yet again in this re-boot of Mad Max. The question comes to mind: why would you need actors the caliber of Tom Hardy & Charlize Theron in this fast-paced action series that comprises Mad Max? It may have something to do with the small sections of dialogue squeezed in to almost never-ending car chase sequences.

The spare and unyielding character rarely seen in the character of Max has to take shape literally in the blink of an eye. That is the time we are given for character development in this film. Tom Hardy does his best to provide some window into the soul of the haunted man that is Max. But given the few opportunities we have, there is little in the way of humor and too much time spent simply surviving.

The best of the series, The Road Warrior, did include some comic relief. The character of the pilot of the whirly bird, the dog and the small child all gave Max some reason to react. That extra layer is sorely missing in this outing. There isn’t enough down time to really assess the whys and wherefores amounting to a reason that most of the action occurs. What little we are given is completely overshadowed in the face of the admittedly spectacular car chase scenes. And that includes one of the most beautiful feats of cinematography I’ve ever seen with the desert landscape and an enormous cloud of dust covering the heavens.

I’ll have to admit that the fight between Charlize Theron’s character, Furiosa, and Max is one of the best I’ve ever seen staged between a man and a woman. There’s no girly punches and no quarter given because she’s a woman. It’s a fight to the death and it’s done extremely well. But it doesn’t really substitute for understanding the characters or what makes them tick.

There is a plot of sorts amounting to an absurd and completely illogical motif of survival given all the ridiculous actions thrown at the small band of escaping women and Max. The women are escaping servitude and bondage from a place called the Citadel. (The girls actually look as if they escaped from a Victoria’s Secret photo shoot.)

The plot seems merely incidental, and as with most apocalyptic settings, we must suspend disbelief and simply watch the events unfold. There is no down time really, and that’s one of the problems that I take away from this film. Even Max needs to take a break once in a while