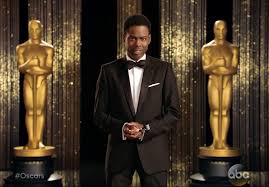 • The Paradigm Shift: has left us with some awful optics. A boring Oscar show that droned on and on about the problems facing the film industry.
• The show seemed to go on forever and was the veritable one-trick pony. We know that diversity has been a problem for a long time. And Chris Rock did deliver a funny opening monologue, plus an amusing montage of black comics popping up in recent films.
• However, at some point, they should have let the matter rest. Enough was said about diversity, and there should have been more comedy. Less of the PC Police and Truth Squad, and more about the artistic merits of film as an art form, which is the reason the Academy gathers as that august body.
• There could have been some mention of the ongoing US political race, which has dominated the news globally. Not only does it affect our entire nation, it reminds us of the reason that film is relevant. It speaks to us of current events and global affairs. 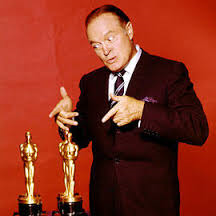 • Although there’s a risk of “old-fogey-ism” to bring it up, it’s true that in years past, Bob Hope or Johnny Carson could easily bring the conversation around to include some political humor, as well as hitting topical and other current events.
• Diversity, in the monologue and throughout society, is key here. In other words, mix it up a little bit. If Lady Gaga is all you have going for you two years running, you’re not trying hard enough.
• The powers that be could have used imagination and creativity to put together… perhaps a film? A loop, a montage or reel that might document the changing social norms that have brought us to this point in time.
• I daresay someone, perhaps with the talent of a Steven Spielberg or the like, may be sitting in that audience waiting for a chance to shine their light.
• The suggestions, half-serious, have been made by myself and others to mix it up and change the Oscar categories. But whatever the solution, it’s clear that there is something missing from a tired, stale formula that seemed magical 30-40 years ago, but needs a complete overhaul in the modern era of film.