The familiar refrain when recalling the Summer Movie Season is to begin with either the phrase: What happened? or Why are Movies so Bad? The Hollywood moguls, tucked away in their nouveau chic towers for some reason seem out of touch with the rest of America. They aren’t getting the message that we, the people, don’t like what they’re selling.

Most of the movies are terrible. Basically, they’re just plain bad. So…it should be back to the drawing board. They should go back to basics and find out what has worked, by turning out meaningful stories and using a mix of reliable actors in some romantic comedies, some heavy hitters in big productions, with a smattering of smaller budget films that utilize great writers and up and coming actors and directors to give the people what they want.

But that is too simple. We are now treated to explosively expensive high-budget films that bomb (Ben-Hur), ever endless streams of knock-offs re-hashing basically the same super-hero/action plot over and over again, and the ever-present “Cinematic Universe” of Comic book characters. There are some independent and foreign films and even more gifted actors and directors out there still plugging away. But that’s not enough to stem the tide of flotsam that hits the theatres on a weekly basis. It’s even harder for someone who reviews films on a regular basis to be suddenly confronted with the reality-for the first time-that it’s not fun to go to the movies anymore…

Some of the films coming this Fall look promising. That is always the case, as we roll into a new season. We start off with a boatload full of potential “contenders” and end up with…not so much. Star Trek fans will note that the new documentary entitled, “For the Love of Spock” opens this weekend. That could be a fun one… 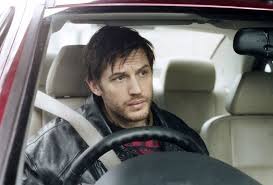 One of the most gifted actors working today, Tom Hardy, is due out with a strange film this September: “London Road”, in which he sings a bit in this mystery thriller based on a real-life serial murder. Ron Howard has done a documentary about the Beatles: “Eight Days a Week-The Touring Years”. The Bridget Jones series is back with Renee Zelwegger reprising the starring role and Colin Firth returning as Mr. Darcy.

There’s a live-action version of “Beauty and the Beast”  due out in September. Also, Denzel Washington stars in the remake of the classic western, “The Magnificent Seven”. Also out is the comedy, “Masterminds”, starring Zach Galifianakis and Kristen Wiig, which had been held up by the film company’s financial difficulties. 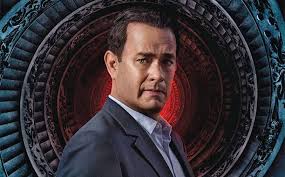 The controversial film, “The Birth of a Nation” is due in October. The film is controversial because the star, Nate Parker, has been plagued by past allegations of rape and has been battling the media and public perception for several months. Other films out in October include the trademark “mockumentary” Mascots from veteran comic Christopher Guest. And the continuation of Dan Brown’s Da Vinci Code series features Tom Hanks returning as Robert Langdon in “Inferno”, with Ron Howard directing (again). 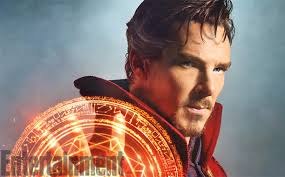 Another comic book entry, this time with superior acting chops, is provided by Benedict (Sherlock) Cumberbatch as  “Doctor Strange”. This film is due out in November. Brad Pitt also returns in November with a romantic thriller called “Allied”, which also stars Marion Cotillard. And after a notably long absence from the screen, Warren Beatty fittingly plays the eccentric recluse Howard Hughes in “Rules Don’t Apply”. 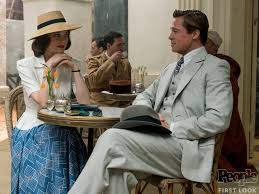 For Christmas of 2016, Michael Keaton stars in “The Founder”, the story of Ray Kroc, who started the McDonald’s restaurant chain. “Rogue One: A Star Wars” story is due to be released the week before Christmas, which will suck all the oxygen out of the room. And the Sci Fi film “Passengers”, starring Chris Pratt and Jennifer Lawrence, is also due to drop at Christmas time. 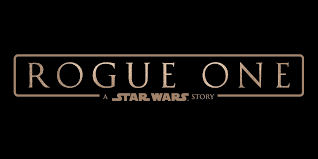 Ladies and Gentleman, these are just a few of the upcoming choices in the Fall Film Season. Chances are there are some hits and misses along the way, but we haven’t been surprised by a “sleeper” hit in quite a while. Hopefully there are a few winners in this crop (I accidentally wrote “Crap”….Freudian slip?)