On this Easter weekend, here is a previously compiled list I made of ten films suggested to watch with the spiritual aspects of the filmmakers in mind. Some are surprising (Harry Potter & Star Wars), and others come from traditional religious subjects and themes. But they all hammer home the message that the spiritual nature of our lives is found not only in churches and in religious settings, but in all aspects of our existence, and in all corners of the universe-even in galaxies “Far, Far Away”….! Happy Easter from Six Degrees!

For some, modern films have less meaning and less deeply spiritual content than films of old. Although there are many recent films that do convey deeply meaningful messages, the great films of the past have the benefit of time to preserve their spiritual themes. But too often, these classics are seen as just old movies with little to say to milennials and they don’t connect with our lives today. As with great classic books, these messages are timeless and not to be over-looked, and the spiritual content of the films endures. Here is a list of ten films-some of them familiar to us, some that are shown on television frequently, some fairly recent, but all with some spiritual message that still speaks to us.

The 3 Godfather’s from 1948 – This John Wayne film is one of the most spiritual films he made.  John Wayne stars as one of three outlaws who are transformed through the act of love. They become Godfathers by accident, as they are charged with watching over an innocent baby whose dying mother pleads with the men to protect and care for her infant. The three men, against all odds, facing sure death and agonizing hardships as they cross a desert and battle outlaws, are changed by their unselfish love for the child. 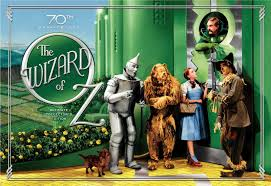 The Wizard of Oz from 1939 – This film is not at first seen as spiritual, but it remains notable for many of us from the moment the audience sees a transformed landscape as the door opens from a black & white cinematic shot of Kansas into a new color-filled world of Oz. The transformation is a kind of metaphor for the realization of a spiritual awakening as found in Christianity and in other religions. It’s a spiritual awakening we all take part in as our eyes are opened to a new life filled with the spirit and mindfulness of being. The message is carried throughout that what lies within each of us is the only true way to our salvation…and to discover it, we need to step outside of ourselves and look within, and be grateful for the lives we have been given

The Sound of Music from 1965: We need to take note that this film was directed by Robert Wise, who was a noted Film Noir director from the forties and fifties. The back shots of the scenes in the abbey give a spiritual aspect to this film that has often been dismissed as light and fluffy family entertainment. As the Mother Superior sings one of the memorable songs, “Climb every Mountain”, it serves as a metaphor for the film.

We all must endure the mountains of want and hardship, of suffering and loneliness, and we must scale them to achieve our dream. For Christians, and for other religions,  it is an act of faith in life itself, and the promise of eternal Salvation. The Baroness is depicted as so materially grounded, and such an obvious contrast to Maria, who literally has to give up everything to climb a mountain in the end, that many may look at this portion of the film as a typical ‘cat fight’ between two women and just dismiss the purpose.  However, when the film is seen in its entirety, the cinematic grandeur of the backdrop, combined with the emotional impact behind the messaging which was based on true events-a family fleeing the Nazis-we see the film as a message meant for a generational message that carries deep emotional impact.. We can look back at the spiritual moments of this film and reflect that it does leave us uplifted and feeling there is a deeper meaning here.

LadyHawke from 1985: Matthew Broderick and his talks with God set this film apart. Broderick is introduced as a thief, and we see him as the Everyman and a flawed hero.  Although the film was marketed as a love story between two doomed characters, Broderick’s thief is the one we can most identify with in this story. The spiritual nature is shown when we see there are two parts to every man, portrayed as the wolf and the hawk in the characters of Michelle Pfeiffer as the “LadyHawke” and her wolf-lover, played by Rutger Hauer. The two combine to illustrate that we are both the sinner and the redeeming healers, and the two parts are found in each of us. 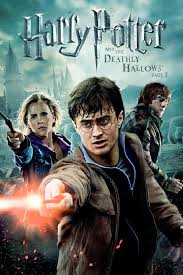 The Harry Potter series from 2001 through 2011:  Good vs Evil are often very obvious symbols in the battle between Harry Potter and the evil Voldemort. But the theme running through the story of Harry Potter-of nothing is as it seems-found in all of the books and films, is a deeply spiritual message. The message throughout is to be careful of things that seem too good to be true. And the films tell us that we must look beneath the surface to find the true treasure within. The treasure in Harry Potter ends up being the friendships forged and the magic of Love, and the final message that Love triumphs over Evil.

Groundhog Day from 1993:The theme is that the ultimate power of Redemption can change everything; it brings true love and meaning to our otherwise empty lives. We see this in the character of a broken and shallow man, portrayed in one of the best roles Bill Murray has ever brought to the screen, and the life that he must forge as he begins to awaken to this new way of living. He has lived as an invisible man, choosing a non- existence and he is forced to confront his life and transform it into a richer and more fulfilling path. It is a path where he must help others and find the meaning of true love. This is the ultimate Redemption film, and one with deep Spiritual overtones.

Star Wars: The Empire Strikes Back from 1980: Not only is the Star Wars mythology of all the films deeply embedded with the symbolism of Good vs Evil; but this particular film highlights the redeeming power that comes from within; when we reject our own dark side even at a great cost.
The message is that we will prevail and come out a better person, and perhaps a different one than we were-in Luke Skywalker’s case, he even has a new limb! The Dark Side is within us all; the power of evil and darkness is all around us, a powerful force throughout the universe, but love will prevail, even with great hardships that we endure

Risen from 2016:  with Joseph Fiennes starring as the Roman Soldier. Risen is more than just a “puff-piece” regarding the nature of the Resurrection. This film explores the idea that someone can witness a miracle such as the resurrected body of Jesus, returned in the flesh; and have a transformative experience of faith, and use that power to reject the glory and the material wealth of their lives to follow the true way.

The Nativity Story  from 2006:  This is the story of the birth of Christ shown warts and all, meaning it reveals the historic timeline that puts us into the scene of where Christ was born and the harsh reality of life for those under Roman rule. The beauty of the story is captured and the simple purity of the tale of the Holy Family comes through in this version.

Marvin’s Room from 1996: We see three great actors, Diane Keaton, Leonardo Di Caprio and Meryl Streep, combine to tell the story of our own lives. It shows us the selfish nature of our existence in the character of Meryl Streep; the capricious and angry emotions that we carry in DiCaprio’s role as a young and troubled teen son, and the burdens and the joys of love in its purest form found in Diane Keaton’s part of the caregiver who is faced with her own mortality.
We are witness to all of this with the themes of love and redemption. There is love for others, in the caregivers role that Keaton has taken on, and the love for family and the love that is willing to sacrifice all in the end. It comes full circle as Meryl Streep eventually redeems herself, from a self-centered sister, daughter, and mother, she gradually learns the meaning of true love and sacrifice for others.

There are many films that give us a glimpse into the human condition, which depict the parts that make up the whole of our humanity, and these films are just a small preview of the many other movies that help us discover our own spiritual selves as we watch and process these stories from some of our greatest filmmakers.
****