It’s hard to get worked up about the Summer Movie Line-up. It looks awful. I’m glad I don’t have to push this stuff for a movie studio…it would be like touting the line that cigarettes aren’t so bad for you after all! You know it’s a lie! Some of the summer movies are out…others are to be released after the holiday weekend and into August.
Here’s some thoughts about the upcoming Summer Movie Season: 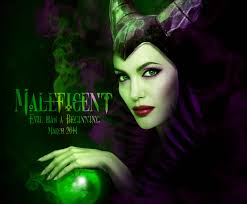 “ Maleficent” with Angelina Jolie, has received good reviews. John Schwab reviewed it favorably on his blog, My Film Journal. “A Million Ways to Die in the West”is no Blazing Saddles for sure. It opened with lukewarm reviews. Tom Cruise in a sci-fi movie? How interesting is that!? My answer would be…not very. But, his new film, “Edge of Tomorrow” has received positive reviews, and it looks like a movie that gamers would probably find interesting enough.

On Documentaries: The only thing that looks interesting are the documentaries. Why? Because there are so many remakes and rehashed plots out there, you would not be able to sit through them as a film critic without beginning to pull hair out. The summer movie line-up contains the most disappointing assortment of movies I can remember. Nothing looks good. Clive Owen is in a film, “Words and Pictures”, and Academy-Award winner Colin Firth starred in “The Railway Man.” Neither one of these movies was shown in our area.

Grey Gardens: I had never seen “Grey Gardens” It is hardly watchable in one go-round. But it’s one of those films where you just can’t look away. The two characters, Big Edie & Little Edie, are just so gloriously bizarre. The filmmakers, Albert and David Maysles, in one of their earliest cult hits, decided to ditch the original project they were contracted to do-a documentary on the Bouvier family-Jackie Onassis’ family. Instead, they focused on these two, sad, eccentric females living in splendid squalor in a house called Grey Gardens.
The idea came to me while watching this film unfold is that all of us have eccentricities. I was fascinated by the two women, as I live with my mother, and we are roughly the same age as the two featured in this precursor to all reality shows. My thinking is that all of us who live into our mid-century years could be found to be eccentric in our views and our behavior. Not quite as much as these two, who are somehow caught between the old & new worlds/the past & the present life….
Yet seeing our own quirks & peccadilloes, we become conscious that we are not all on display for the world to see. I still contend that it may be something of a quasi-comic-tragedy to follow some of us around with cameras!

Other documentaries that are interesting: The maker of “The Fog of War”, Errol Morris, who made one of the best films depicting an anti-war message with the late Robert McNamara–has made a film with Donald Rumsfeld, “The Unknown Known” There is also a great documentary out on Anita Hill: “Anita”. These are probably better than most of the feature films coming out. But you would have to be interested in political history to really appreciate both of these.
As promised, here is a line-up of Recommended Reviews by Critics. Some of these reviews are not glowing endorsements, but instead thoughtful pieces that are meant to compel those with an interest in the subject matter to go or to stay home or to see it later and just put it on “the list”. Mine is an ever-growing list of films that I can’t possibly begin to finish. But some of the films are ones that I haven’t seen or have wanted to see. Others have not made it to our local theatres yet. They are: