After last night’s mix up at the Academy Awards for Best Picture, it illustrates the perfect metaphor for the type of arrested development mentality that has gone into the entire short-sighted thinking of the Academy virtually since its inception. There are so many chances for the group as a body to do the right thing and shake things up. But they continue to stumble their way into the future wearing blinkers.

To illustrate the point, here is a list of the winners for Best Picture from the past 17 years:

And within that list, there are a few notable exceptions (a couple of years were skipped because they had such forgettable films). My list would include:

Some of the years had more than one winner. I may simply see this year as a who cares? category. But the overarching theme of the Academy seems to be trying to pick the film with the least long term impact. Since Titanic, there haven’t been too many great films picked.

For films in the 21st Century, I would pick A Beautiful Mind, No Country for Old Men, There will be Blood, Slumdog Millionaire, The Hurt Locker, Lincoln, Gravity, 12 Years a Slave, Her, The Big Short, Moneyball & The Blind Side. as films that make a lasting impact from Hollywood.

One standout performer isn’t really an actor or actress. It’s the author, Michael Lewis. He has written three of the films in the past 15 years that have made an impact on our society. The Big Short, Moneyball and The Blind Side are all films made from his books. Spotlight, the winner last year, is an important film in this sense. We are now facing an era where journalistic integrity and truth are questioned from the highest echelons of our society. Therefore, the film that emphasizes seeking the truth at all costs is one that we should continue to promote. It tells us why we should care about journalists getting to the bottom of the story.

Lincoln, although a good and not a great film, was one that Spielberg has said was almost made for the small screen. That is the trend that continues, and perhaps there will be categories in the future for films released in venues other than traditional theaters. That is the wave of the future. There is a changing dynamic in Hollywood and globally, and the Academy is going to have to acknowledge it someday.

The films Inception and The Matrix gave us alternative visions of reality. We saw in Her a film about the very real challenges that isolation of the individual causes in our society. And Juno, about a teen pregnancy, spoke of the changing mores we face. It gave us a new voice as a screenwriter, Diablo Cody, a much needed voice for women. The Hurt Locker broke barriers as Best Director Oscar was given for the first time to a woman, Kathryn Bigelow. And when 12 Years a Slave won for Best Picture, it was an indication that the “Indians were finally fighting back”. Meaning that the concept of the brave white men and women who conquered the West and all of America was given to be a myth that needed to be deflated. There needs to be a new way to understand Hollywood and the concept of movie making in general.

Lost in Translation is a ground-breaking film, also speaking of isolation and giving voice to a different vision, one created by another female director, Sofia Coppola, daughter of Francis.  The two films released in the same year, There will Be Blood and No Country for Old Men both dealt with violence and subjects where the film had no hero or anti-hero. The Departed and The Wolf of Wall Street also were nihilistic visions, where society is darkly honest, a black hole at times, and the reality is often frighteningly evil. This may be a commentary also of our times, and a way of pushing the audience to the brink of no return. Another commonality in these two latter films is the presence of a great American actor, Leonardo Di Caprio. Only a truly great actor could pull off the nihilistic and dark visions he has given us with any amount of credibility.

Of course, the sequels and serial films, the comic book genres, and all other mass media concepts for film-making still go unacknowledged by the Academy. They seem to be stuck in some time warp where Elizabeth Taylor and Clark Gable may somehow reappear, courtesy of CGI, and attempt a coup where all the trends and realities of the future are somehow set aside. This is the alternate reality that we see played out yearly with the Academy Awards show.

And although there were some attempts to acknowledge things like “diversity” and globalism, there is a real blinker-visioned reality to the types of awards given out still. Movies ABOUT movies still win a lot. The Artist and Birdman are self-congratulatory vehicles for the most part.  But the Independent filmmakers, the ones honored at Sundance every year, are forging ahead and creating their own paths inHollywood. Why they don’t recognize this and somehow carve out a niche for them is part of the tunnel visioned, short-term thinking that has gone into the Hollywood mind-set for the past forty to fifty years.

It seemed fitting that Warren Beatty and Faye Dunaway committed the ultimate faux pas by shutting down the stage where usually trite and mundane speeches are trotted out to the sound of bored applause that is routinely bestowed on the lackluster winner of Best Picture. It may be the ultimate for the renegades who brought us “Bonnie and Clyde” in
the sixties. Perhaps its best to say that the films with the greatest
impact have to be seen and then understood even a decade out from their initial release. It’s the shock of the new that sometimes cannot be understood.

We still have great actors working to make movies. Di Caprio is our greatest American actor. Philip Seymour Hoffman was one of the greatest of our actors, now deceased. Michael Keaton has made a real comeback as a significant American actor in vital roles from The Founder to Birdman. Tom Hanks has done some good work in Captain Phillips and The Bridge of Spies, and some of his roles have been just mediocre. The call is out for actors who are still here. De Niro, Nicholson, Di Caprio, Tom Hardy, Benedict Cumberbatch and others working still, need to challenge themselves with roles that Michael Keaton and Denzel Washington have taken on of late. There are parts out there that will interest us and will live on as we look back and see what our society has become as we go further into the 21st Century. 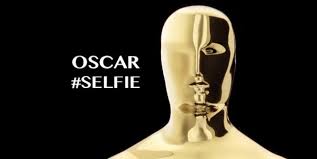