Greetings to all our new 6 Degrees moviegoers…In each post, 6 Degrees rounds up the best of the weekly film reviews along with other articles linked to film to share with our readers. We look for unusual pieces as well as topical information to pass along. Upcoming trailers and news from Hollywood as well as film news from around the world, festivals like Cannes, which has just wrapped up, to news from the states where theaters are competing for their market share of the changing box office haul.

If you haven’t had a chance to check out the Summer Film News, here’s the link to see what’s coming in June. For the last week before Memorial Day, Deadpool 2 won the box office and the Avengers: Infinity War has now made $1.85 Billion worldwide. So that is good news for all the superhero fans out there.

Solo: A Star Wars Story officially opens this weekend, and the reviews for this film are generally positive. We have Solo reviewed in 6 Degrees Magazine this week, as well as Chekhov’s The Seagull,  along with the Mary Shelley biopic, and an NPR review of Book Club.

At Cannes, the winner of the Palme d’Or was a Japanese film called Shoplifters. Notably, although Cannes has worked to try and keep up with the #MeToo moment we are at in our society, the only female director to win at Cannes was Jane Campion for The Piano, and that was 25 years ago. I think this means we can’t just call out the Academy without mentioning that European filmmakers need to “up their game” in terms of gender equality. 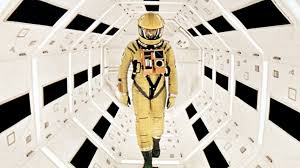 *What’s new in 6 Degrees Magazine: This week we have rounded up: Roger Ebert’s collection of Star Wars movie reviews, for those of  you who may have missed the first go-round of the Force, starting way back in 1976. And in Film Inquiry, there’s a discussion of the continuing debate-Book v Film- and a look at which films pass muster. There’s also a great piece listing some of the classic films from 1968 that are celebrating their 50th Anniversary this year. Some of the best include 2001: A Space Odyssey, which is widely considered one of the best science-fiction films ever made. Others from 1968 are The Lion in Winter, The Producers, Planet of the Apes, Bullitt and Funny Girl. These are all recommended to record if they ever show on the small screen, preferably on Turner Classic to drown out the commercial interruptions! 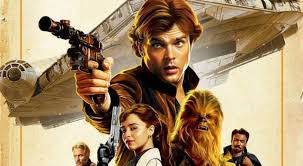 Hollywood Redux: Another interesting discussion surrounds the question of how much of the newly-released: Solo: A Star Wars story was actually directed by Ron Howard? We know he was brought on to the project much later in the production, after the original director was fired. And in another unusual move for Hollywood, the family friendly Show Dogs has been forced to recut the already-released move after allegations of Sexual abuse occurred surrounding a scene in the film.

About the Guns: One article that caught my eye this week talked about guns in entertainment. I must say that the level of violence doesn’t necessarily correlate with the amount or presence of guns in any particular film. John Wayne and Clint Eastwood were heroes of a different world, where there were no mass shootings or school shootings to wring our hands and lament about the existence of violence in films and in the video world. I am a staunch advocate of gun safety measures, but also a huge action film fan as well as a Clint Eastwood fan. I do not see a correlation directly to violence in films, but instead, I see a way to glean an understanding of the gun culture we have inculcated in our society and to a large extent, in our own psyches as Americans. It is ‘who we are.’ But that doesn’t mean we cannot make needed changes. As for the existence of guns in movies, let’s not throw the baby out with the bathwater. The guns in reality are a problem, therefore removing guns in the fantasy realm of cinema would not offer a solution.

Film anniversaries include Scarface returning to the theatres. I have never made it through the scene where they use a chainsaw in a bathroom. It was memorable in terms of violence in films as anything I have ever seen, and this speaks to the previous subject, where guns were specific to the reasons we have violent episodes in American life. Is it a depiction of the reality of the culture that we have become, or a leading influence in creating and spreading violent behavior? To my mind, it’s the former and not the latter. Films are a form of art, and that has been my contention from the time I wrote 6 Degrees of Film in 2013 till today. We are depicting the reality of our lives, not organically creating a new type of reality. Again, it is ‘who we are.’ And at times, the picture isn’t a pretty one! Scarface turns 35 years old, so let that sink in.

That’s it for now, film fans. There’s a lot of great films debuting, so check out the Summer Film News to plot your next trip to the theater, and have a great, safe and happy Memorial Day weekend. Till next time, see you at the movies!-ML