Greetings to all 6 Degree film fans! Hope everyone has had a wonderful holiday season as we are all settling back into the routine for 2019.  We’re out of the gate with a bang, as the awards season is already upon us. The Golden Globes have knocked A Star is Born from the top spot with surprise winners in Bohemian Rhapsody and The Green Book.
6 Degrees of Film magazine has a great piece on Duck Soup at 85, from rogerebert.com. And the Stan & Ollie movie, which was well received, is featured with an interview with John C Reilly. There’s an interesting piece on whether or not films that are panned can still be big hits. The history of film tells us that many films considered classics today were panned at the box office when they were first released.
Oscar Watch includes the horror film, A Quiet Place, starring John Krazinski from The Office . Crazy Rich Asians was a surprise hit, and director Alfonse Cuaron’s semi-autobiographical Roma has been proven to have ‘legs’. There has also been very good buzz surrounding director Peter Jackson’s restoration of the remarkable WW I documentary footage in They Shall Not Grow Old. The Mr Rogers documentary Won’t you be my Neighbor? has also been designated as a sleeper hit. Tom Hanks is set to play Mr Rogers next year in a bio pic.

The Lists:
What about the Best Films lists? Rogerebert.com features a list of the years best, and there are many others featured in our magazine from other online blog sites We recently featured some 2019 films that have been previewed in the past weeks. Here’s 9 for 2019 from 6 Degrees:

Once Upon a Time in Hollywood, directed by Quentin Tarantino and starring Leo DiCaprio and Brad Pitt is about the Tate LaBianca murders of 1969
Tilda Swinton stars in a thriller about a Scottish woman who begins to hear strange sounds while travelling in Columbis, in Memoria
Jordan Peele has another horror flick following the success of Get Out. Us is about a family holiday at the beach with some unexpected guests…
Little Women is set for another remake from Director Greta Gerwig

The long awaited Scorsese project, The Irishman stars DeNiro, Pacino, Joe Pesci and Harvey Keitel in a film involving the mafia-union wars in the 70’s.
And there’s the usual suspects: The expected list of sequels and serial films include: 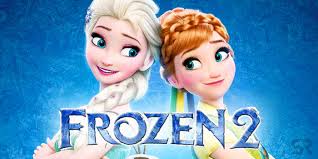 And in the great tradition of end of year lists for just about everything, here’s the link to our list from a few weeks ago that features the best of 21st Century films to see… Till next time, see you at the movies!-ML